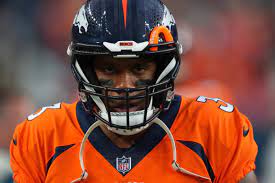 The Denver Broncos went from one of the least desirable teams in the NFL to one of the most desirable.  Their 2022 offseason, highlighted by trading for Russell Wilson, could go down as one of the best offseasons in NFL history. Now that it’s mostly over, the team will embark on their first season in a new era.

In the new era comes new owners, a GM who has been on the job for just two years, a new coaching staff, and a shiny, new quarterback. While some may temper expectations for the team in 2022 because of how much change they underwent, I believe that there are several reasons why the Broncos can indeed win the division in 2022.

1. They’ve got the most successful quarterback in the AFC

Russell Wilson has the most substantive and successful career of any quarterback in the AFC.  Sure, he’s played longer than most, but his sustained success and leadership will carry over to the team in many ways.

Wilson has been in the league for 10 seasons.  This is his 11th, and he’s won at least 10 games in the regular season a whopping eight times.  He’s also won 9 playoff games and a Super Bowl. The insane amount of success he’s had in 10 careers is already a Hall of Fame resume.

The experience that Wilson will bring to the offense and the locker room overall will be incredibly valuable.  He’s been caught in tight divisional races, and he’s also led teams to division titles that weren’t particularly close.

He’s also outright missed the playoffs; he’s got bounced out of every round in the playoffs, has suffered insane heartbreak, and has enjoyed insane success.

All of this will help guide the Denver Broncos and Russell Wilson to the AFC West crown in 2022.

2. Broncos have the easiest schedule in the AFC West

The Broncos actually got a very good schedule for 2022.

The biggest advantage, I think, is the fact that is the easiest in the division.

The Kansas City Chiefs have the hardest schedule in the NFL, the Las Vegas Raiders have the third hardest, and the Los Angeles Chargers have the 13th hardest.  The Broncos have the 16th hardest, so it’s right in the middle.

Having this advantage is excellent.  The Broncos were fourth in the division in 2021, so they do have a fourth-place schedule.

I think many of us get caught up in the week-to-week happenings of the team, so we forget lowkey things like the strength of schedule rankings.

The Chiefs will face the toughest slate of opponents in the NFL in 2022.  The Broncos are considerably farther down on that list, so being led by Russell Wilson should allow the team should greatly take advantage of this.

The Denver Broncos will head east to take on Josh Allen and the AFC favorite Buffalo Bills in their week two preseason game. Both teams are coming off a victory in their preseason opener and are looking to move to 2-0 in the preseason.

One of the main storylines of this game will be to see how the Broncos’ backups/second-team offense and defense fairs against the starters the Bills plan on playing for a decent chunk of the game. We know we won’t see many of the Broncos’ starters once again so hopefully, our reserves put up a good fight against the Bills’ starters.

1 – Broncos backups vs. the Bills starters

This will be a true test for the Broncos’ second and third-team players. The Bills’ offense is explosive as it comes when it is firing on all cylinders and the defense now has Von Miller coming off the edge, so this won’t be an easy task for them.

Head Coach Nathaniel Hackett called this an “unbelievable opportunity” for the players who will be going up against some of the league’s best on Saturday.

“That’s the best evaluation you can possibly get. We want to see who can come out there and play versus the best in the league. It’s an unbelievable opportunity for those guys to step up and show what they can do.”

It is exciting because if these second and third-team guys get pressed into action, they’ll be expected to perform against the best each team has. So, seeing how they’ll perform, especially the rookies and inexperienced guys is something I am looking forward to seeing.

If the Broncos come out and hold their own against the Bills with their reserves, that will be really encouraging to see. Now, if they struggle a bit, it at least gives them something to work on moving forward and they can use this as a teaching moment.

The writing appears to be on the wall for this one, but the Broncos’ backup quarterback battle continues into week two of the preseason. Veteran journeyman quarterback Josh Johnson will get the second straight start and appears to be the frontrunner for the backup job.

Josh Johnson is coming off a solid two-touchdown performance against the Cowboys and now will look to repeat his success against the Bills’ defense. Brett Rypien will likely come in after halftime like last week and will try to show the coaches he’s worthy of starting the preseason finale next week.

Head Coach Nathaniel Hackett mentioned that he’s looking for the quarterbacks to not turn the ball over, make smart decisions, and move the chains.

“Yeah, both guys have done really good. [QB] Josh [Johnson] had a really good game the other night. [It] wasn’t too big for him. I think he’s come out of here and he’s done a good job. [He] had a couple things that he needs to improve on but it’s everybody. Everybody has to improve. I do, those guys do and you just want to keep watching those guys battle and have a healthy competition because ‘Ryp’ (QB Brett Rypien) has done a good job. The idea is who can we get the most consistent? We want to be sure that we’re not turning the ball over, we’re making smart decisions and moving the chains.”

This job appears to be Johnson’s to lose, but him struggling against the Bills starters could give Rypien a chance (or the Broncos look elsewhere). So, this is an important start for Johnson and hopefully, he can repeat the success he had in the preseason opener.

The star of the preseason opener was second-year edge rusher Baron Browning. He recorded a sack, a pass deflection, a tackle for a loss, and QB hit against the Cowboys and also showed off his natural bend.

Derek Wolfe Slams Ex-Broncos HC Vic Fangio: ‘He was Trying to Kill Us’