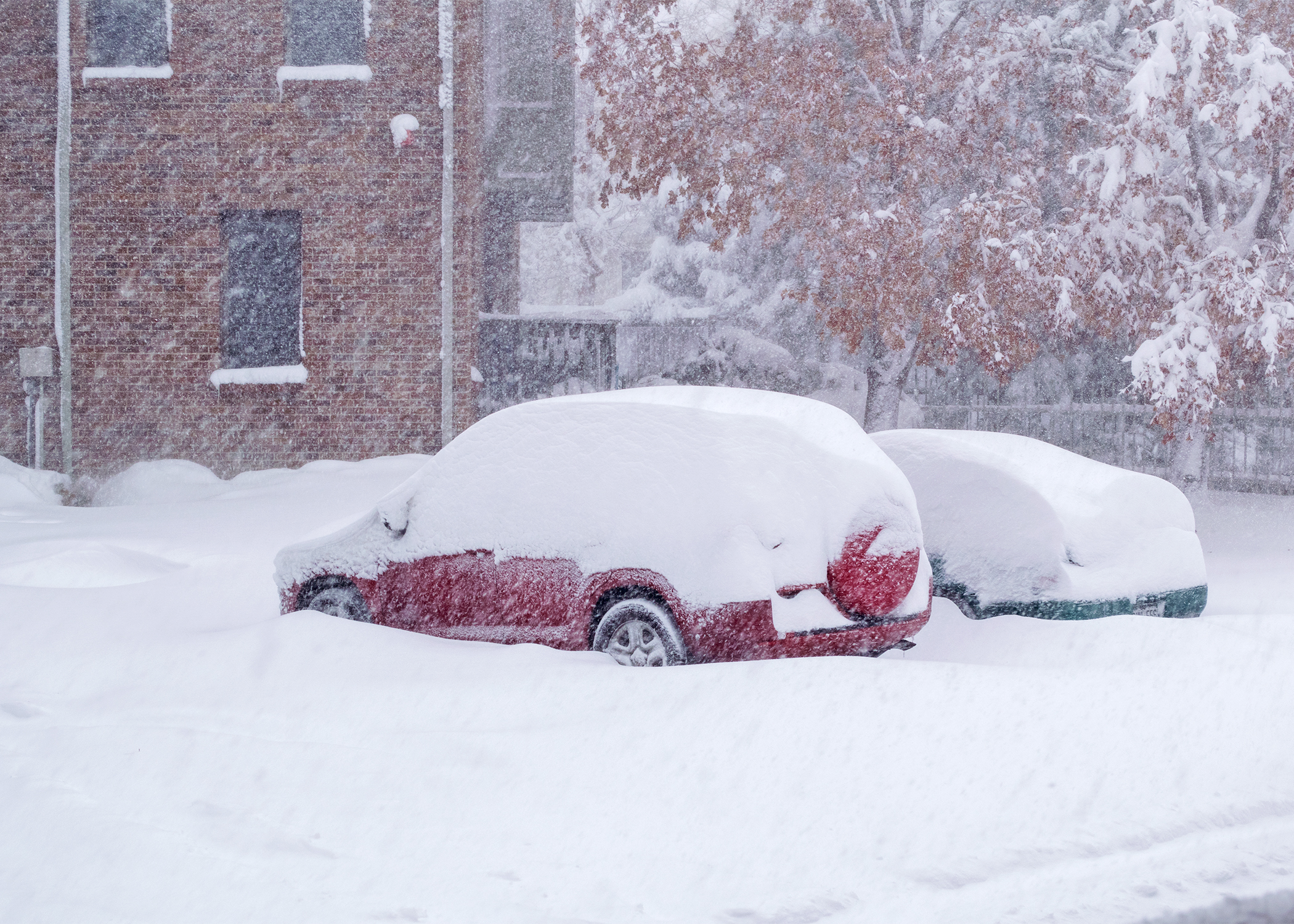 The Rocky Mountains and western Plains were hit with heavy snow and blizzard conditions from a powerful storm system that earlier unleashed violent tornadoes in Texas. More than 11 million Americans were under winter weather alerts, including more than 4 million under a blizzard warning Sunday evening. The snow and blizzard conditions were expected to continue through Sunday afternoon before conditions start to improve. The blizzard warning has been extended into Colorado along the Front Range, and includes Denver, according to the National Weather Service. In addition to the heavy snow, winds are very strong in the region, with sustained winds of 30 to 35 mph and gusts of 45 to 50 mph.

These winds are leading to blizzard conditions in some locations but are also forecast to weaken through the afternoon. The heaviest snowfall is expected from areas northwest of Boulder, Colorado, to areas near Cheyenne and Laramie, Wyoming. By Sunday afternoon, Denver International Airport had measured 19.1 inches of snow with more expected. This makes the period from March 13-14, 2021, as the second snowiest on record for the month of March, said CNN meteorologist Gene Norman. Cheyenne, Wyoming, had measured 25.8 inches of snow by Sunday afternoon, which sets a new two-day snowfall total, he said. The prior record of 25.2 inches was set in November 1979. By Sunday evening another 11 inches of snow had fallen in the area. Boulder has picked up about 8 to 12 inches of snow, and the town of Estes Park has had just over a foot. Snow continues to fall and the region is under a blizzard warning through midnight. Areas north of Boulder could see more than 2 feet of snow, CNN meteorologist Tyler Mauldin said earlier.

The Colorado Avalanche Information Center said there is a “high” avalanche threat for the Front Range until Monday morning. Heavy and intense snowfall from the current storm will cause large and destructive avalanches at all elevation levels, above and below the tree line, and in “unusual locations,” according to the center. The National Weather Service in Boulder reported moderate to heavy snow and poor travel conditions early Sunday from north of Denver to the Wyoming border. The blowing snow and poor visibility shut down runways at Denver International Airport (DIA), and more than 2,000 flights into and out of Denver this weekend have been canceled. All airlines have ceased.

Operations out of the airport for the remainder of Sunday, according to a release from DIA, with delays and cancellations expected to continue on Monday. DIA has also advised people not to travel by motor vehicle to the airport due to blizzard conditions that have made Peña Boulevard, the main road to the airport, “impassable with multiple disabled vehicles along the roadways.

Across Colorado, several major roads are also closed, including two stretches of interstates. Southeast of Denver, the County of Elbert has declared a state of emergency due to worsening weather conditions, a tweet from the county’s public information officer said. “Please be advised that abandoned vehicles that impede snow clearance and rescue operations may be towed or otherwise moved to allow emergency crews to ensure the safety of our citizens,” the tweet said. Leadville, Colorado, reported more than 10 inches of snow early Sunday while the town of Sawpit also saw nearly 10 inches of snow, according to snowfall totals posted by the National Weather Service.