THE BIOGRAPHY OF FIFTY TWO EIGHTY JAY B 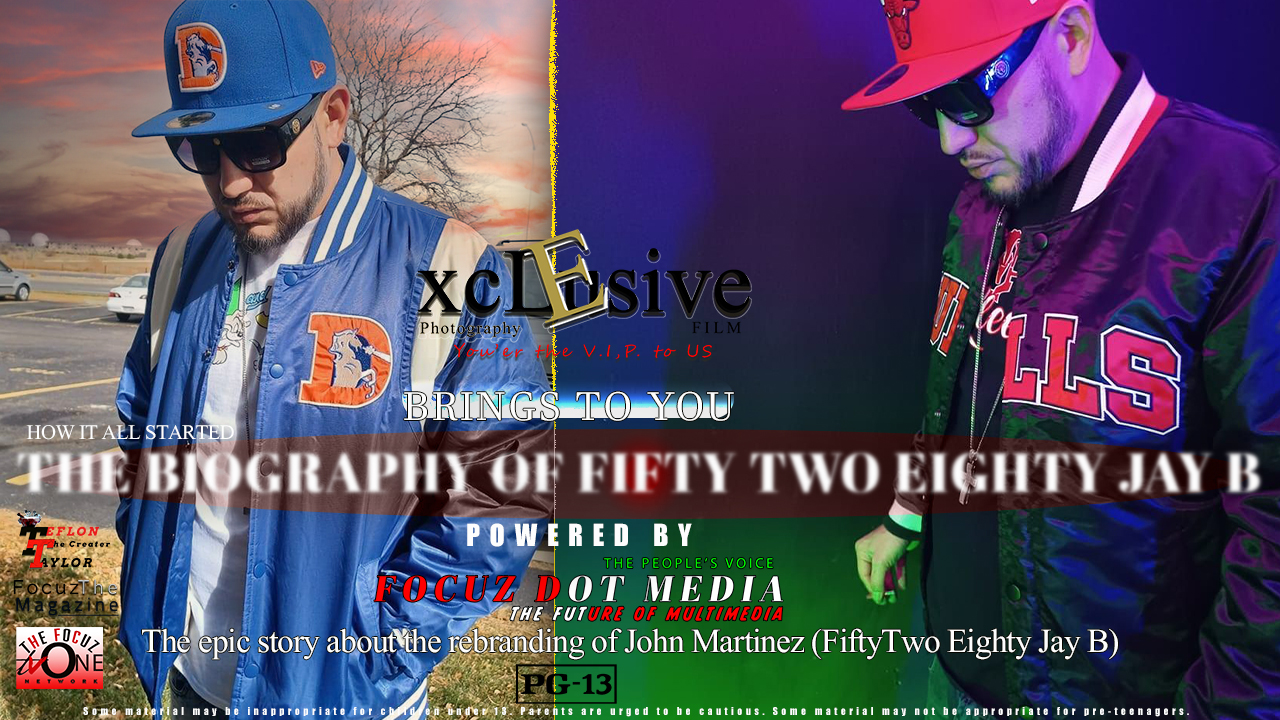 Got out  and went to Englewood High School for a couple months before quitting.

THE BIOGRAPHY OF FIFTY TWO EIGHTY JAY B

Friday Night Spotlight on The Focuz TV One Network. In the building 52 80 Jay B , a veteran music artist from Denver CO. 52-80 Jay B has been in the game releasing music for almost two decades. With a passion for music since a young age. Original G’z” was released in 2003, featuring the hit single “Denver Dippin”. Produced by the legendary Dj Fame (RIP)

COMING UP ON FOCUZ THE MAGAZINE LIVE