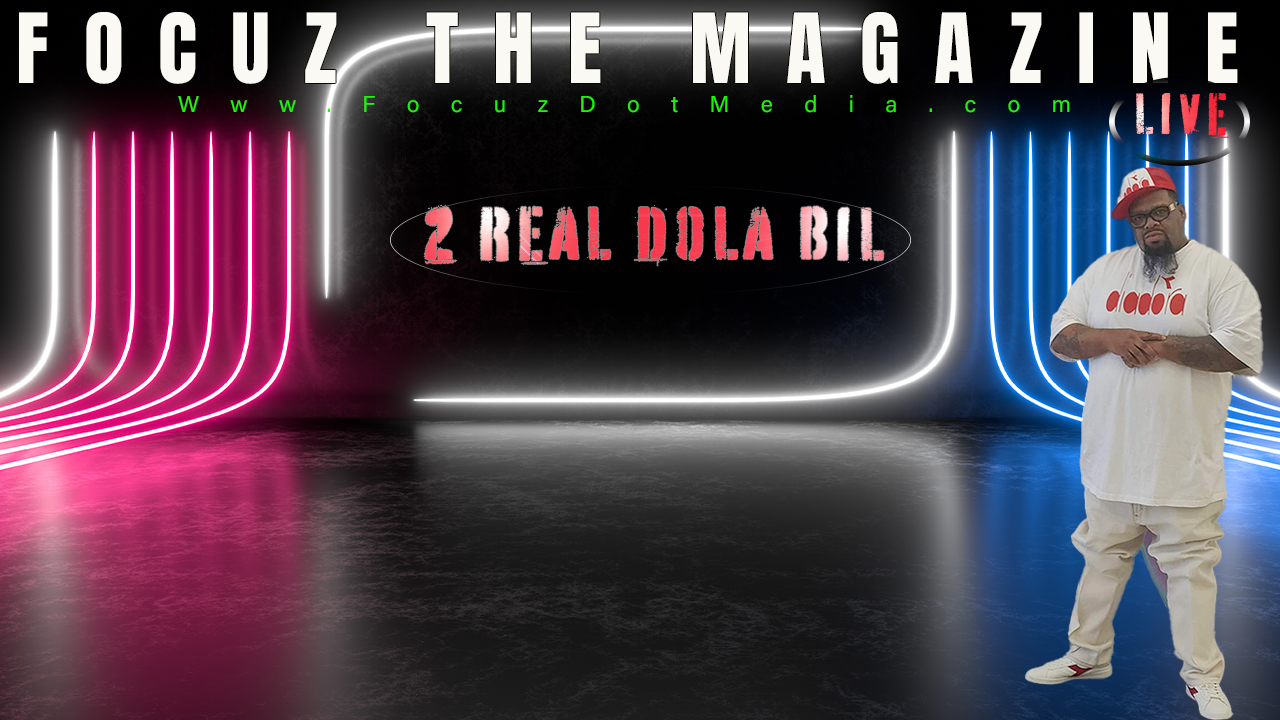 Jamaris Malone known in the city as 2 real Dola Bil aka Dola Tha G. Jamaris Malone grow up in the suburbs of Dallas Texas, as soon as he was of age he moved to East Dallas Texas to be with his affiliates a well known organization in East Dallas Texas. A skilled hustler, multiple prison trips help Jamaris Malone create a better situation for myself. Upon release Dola Bil began to reinvent himself, also had a new quest while I was away doing a bid behind bars, Dola Bil became a book Arthur as he was doing his bid behind bars yes a book Arthur Dola Tha G wrote a book called THRU THE EYES OF A G.

THRU THE EYES OF A G

The story of love hate and betrayal in Dallas. Caught between love and war. Loyalty come with a heavy price. Betrayal crush the heart. What will win death before dishonor or the root of all evil.

FOCUZ THE MAGAZINE LIVE 2 REAL DOLA BIL IN THE BUILDING2 REAL DOLA BIL WILL BE IN THE BUILDING So fresh So Clean.. They’re hating to see him succeed, book Arthur, business owner, talk show host been there and done that in the building Mr. 2 Real Dola Bil, with your host Teflon The Creator Taylor…

Upon release Dola Tha G began to reinvent himself, Dola Bil obtained his high school diploma and a certificate in communication and became a mentor case management for a fatherhood program that Dola completed. I willingly actively enrolled myself in the fatherhood program Dola Tha G was determined to do better with his life.

Dola tha G started selling medical uniforms as a hustle out the trunk of his truck it went from scrubs to clothes to a couple of bazaar booths a year later a store front Dola stated. Located at 3215, E Kirnwood Ste 111 Dallas tx 75237 they cater to every customer.

In the mist my business partner and relative DeMarcus Moore came up with his thing NO EDITS, IN which in turn inspired me to come up with my own which is T.T.E.O.A.G TV.

My girl stop by the backroom to bless us with her new clothing line and discuss the future of her company and other endeavors..

Dola Tha G A MAN WITH A VISION

SHOWING THE YOUTH IN DALLAS TEXAS ITS A BATTER WAY, TEACHING THEM THE BASIC SKILLS THAT USE TO BE TAUGHT AT HOME BUT THESE DAYS THE TEACHINGS ARE MISSING IN SO MANY HOMES. We salute you for what you are doing with the youth

Master P Announces That His Daughter, Tytyana, Had Died