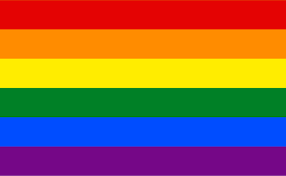 LGBT or GLBT is an initialism that stands for lesbian, gay, bisexual, and transgender. In use since the 1990s, the term is an adaptation of the initialism LGB, which began to replace the term gay in reference to the broader LGBT community beginning in the mid-to-late 1980s. The initialism, as well as some of its common variants, functions as an umbrella term for sexuality and gender identity.

It may refer to anyone who is non-heterosexual or non-cisgender, instead of exclusively to people who are lesbian, gay, bisexual, or transgender. To recognize this inclusion, a popular variant, LGBTQ, adds the letter Q for those who identify as queer or are questioning their sexual or gender identity. Those who add intersex people to LGBT groups or organizing may use the extended initialism LGBTI.

These two initialisms are sometimes combined to form the terms LGBTIQ  or LGBT+ to encompass spectrums of sexuality and gender.

Other common variants also exist, such as LGBTQIA+, with the A standing for “asexual” or “aromantic“. Longer acronyms, with some being over twice as long as LGBT, have prompted criticism for their length,  and the implication that the acronym refers to a single community is also controversial.

The first widely used term, homosexual, now carries negative connotations in the United States. It was replaced by homophile in the 1950s and 1960s, and subsequently gay in the 1970s; the latter term was adopted first by the homosexual community.

As lesbians forged more public identities, the phrase “gay and lesbian” became more common.  A dispute as to whether the primary focus of their political aims should be feminism or gay rights led to the dissolution of some lesbian organizations, including the Daughters of Billets, which disbanded in 1970 following disputes over which goal should take precedence.

As equality was a priority for lesbian feminists, disparity of roles between men and women or butch and femme were viewed as patriarchal. Lesbian feminists eschewed gender role play that had been pervasive in bars as well as the perceived chauvinism of gay men; many lesbian feminists refused to work with gay men, or take up their causes.

Lesbians who held the essentialist view, that they had been born homosexual and used the descriptor “lesbian” to define sexual attraction, often considered the separatist opinions of lesbian-feminists to be detrimental to the cause of gay rights. Bisexual and transgender people also sought recognition as legitimate categories within the larger minority community.

After the elation of change following group action in the 1969 Stonewall riots in New York City, in the late 1970s and the early 1980s, some gays and lesbians became less accepting of bisexual or transgender people.  Critics said that transgender people were acting out stereotypes and bisexuals were simply gay men or lesbian women who were afraid to come out and be honest about their identity.

Each community has struggled to develop its own identity including whether, and how, to align with other gender and sexuality-based communities, at times excluding other subgroups; these conflicts continue to this day.  LGBTQ activists and artists have created posters to raise consciousness about the issue since the movement began.