The mu variant and has been designated a variant of interest (VOI). What this means is that mu has genetic differences to the other known variants and is causing infections in multiple countries, so therefore might present a particular threat to public health. The Mu coronavirus variant has been recorded in 49 US states, with Florida and California reporting the highest numbers of Mu infections.

Scientists have warned that this new variant of Covid could be more transmissible than even the Delta variant, and could be vaccine resistant.

California has recorded 384 Mu variant cases, with 167 cases contained in

It’s possible that mu’s genetic changes might make it more transmissible, allow it to cause more severe disease and render it more able to escape the immune response driven by vaccines or infection with previous variants. This in turn might leave it less susceptible to treatments.

Note the word might. A VOI is not a variant of concern (VOC), which is a variant that has been proven to acquire one of those characteristics, making it more dangerous and so more consequential. Mu is being monitored closely to see if it should be re-designated as a VOC. We have to hope not.

he World Health Organization (WHO) has added another coronavirus variant to its list to monitor. Mu initially spread in Colombia, though infections now appear to have subsided.

There are four other VOIs being watched by the WHO – eta, iota, kappa and lambda – but none of these have been reclassified as a VOC. That might be the case with mu as well, but we have to await further data.

What makes mu particularly interesting (and concerning) is that it has what the WHO calls a “constellation of mutations that indicate potential properties of immune escape”. In other words, it has the hallmarks of being able to get around existing vaccine protection. 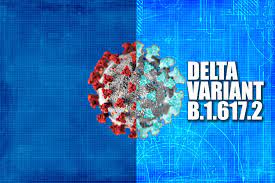 Delta Variant: What We Know About the Science

Where is it spreading?

Mu was first seen in Colombia in January 2021, when it was given the designation B1621. It has since been detected in 40 countries, but is thought to currently be responsible for only 0.1% of infections globally.

Mu has been much more prevalent in Colombia than anywhere else. When looking at coronavirus samples that have been genetically sequenced, 39% of those analyzed in Colombia have been mu – though no mu samples have been recorded there in the past four weeks.